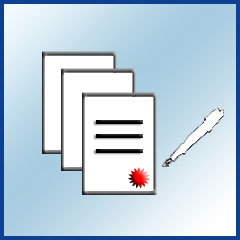 You are here: Home

Corporations incorporated under general corporate law statutes provide structures which are generally known including owners known as shareholders, a board of governors referred to as directors and executive management known as officers. There are detailed default rules as to how a corporation is to be operated, although bylaws may be tailored, within limits, to the way particular owners wish to run a business. However, these default rules typically do not deal with the business deal between the various shareholders and a shareholder agreement is strongly recommended before any significant investment is made or operations begin as it is unlikely to obtain any consensus after a dispute arises. Corporations enjoy a host of special rules and deductions which are best reviewed with the corporation’s accountant and/or lawyer. Corporations may also declare dividends on shares without any requirement of shareholders to work in the business. There of course is limited liability but there are numerous exceptions to this limited liability which is therefore not absolute. These exceptions should be reviewed with your corporation’s lawyer as they are significant. Although not absolute this is the primary, and sometimes only way to obtain protection against third parties. To some extent as far as limited liability is concerned this ends up being “the only game in town”.